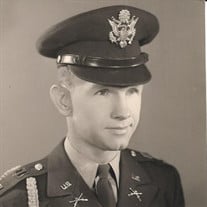 Dateline – Clinton LTC (Ret.) William Curtis Freeman, 89, of Clinton, SC, beloved husband, father, uncle, grandfather, and great-grandfather, died on June 30, 2019. Born December 14, 1929, in Goldville, SC, he was the son of Horace Glenn Freeman, Sr. and Maebell Freeman. He was a 1950 graduate of Clinton High School where he played football all four years earning a football scholarship to Presbyterian College (PC). Curt graduated from PC in 1954 where he was awarded the prestigious Wysor Saber as Best Company Commander of his ROTC Company prior to being commissioned a 2nd LT in the US Army Infantry. While attending PC he served also in the SC National Guard as an enlisted soldier for almost 7 years. Curt obtained the rank of LTC while on active duty in the Transportation Corps. He was a 1971 graduate of the Command and General Staff College at Ft. Leavenworth, KS, and retired in 1976 after serving across the globe in Korea, Vietnam, Ethiopia, Germany and many stateside assignments. He received the Legion of Merit, the Meritorious Service Medal, the Joint Service Commendation Medal, two Army Commendation Medals, the National Defense Service Medal, the Vietnam Service Medal, Republic of Vietnam (RVN) Gallantry Cross Medal with Palm, Republic of Vietnam (RVN) Gallantry Cross Medal with Gold Star and three Army Meritorious Unit Citations. In the 1980s he served as the Transportation Director for School District 56 in Laurens County. He is survived by his wife of 64 years, Julia Ada Ann Furr Freeman; his children Karolyn Freeman, Michael Freeman and his wife Judy, and Lance Freeman and his wife Michele; his sisters Lula Mae Walton and her husband JW, and Carolyn White; his grandchildren Christopher Freeman and his wife Amie, Matthew Freeman, Regan Freeman, and Riley Freeman; and his great-grandchildren Raelynn Freeman, Mia Freeman, and Abigail Freeman. The family will receive friends on Tuesday, July 2nd, 2019, from 9:00 a.m. until 9:45 a.m. at Gray’s Funeral Home, 504 East Carolina Avenue, Clinton, SC 29325, followed by a 10:00 a.m. graveside service at Rosemont Cemetery in Clinton. The family would like to thank the staff of National Health Care of Clinton and the Hospice of Laurens County. In lieu of flowers, the family requests that memorials be made to: Hospice of Laurens County, P. O. Box 178, Clinton, SC 29325. Condolences may be expressed online to the family at www.grayfuneralhome.com Gray Funeral Home of Clinton

The family of LTC (Ret.) William Curtis Freeman created this Life Tributes page to make it easy to share your memories.

Send flowers to the Freeman family.