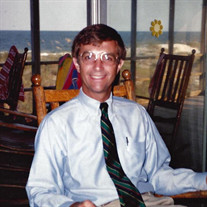 Robert Carlisle Neely, age 81, passed away on June 9, 2020, at his home in Pawleys Island, South Carolina, from complications of Parkinson’s disease. He was born July 15, 1938 in Clinton, South Carolina, to the late Woodfin Carlisle Neely and Helen Lee Neely. Growing up in Clinton, Robert was an Eagle Scout. He graduated from Clinton High School in 1956. He received a B.S. in engineering, Phi Beta Kappa, from the University of South Carolina in 1960, and a M.B.A. from Harvard Business School in 1965. He completed his military obligation in 1968 after serving six years in the US Army Reserves. He spent most of his business career in Atlanta, GA. During his time with Price Waterhouse, he was a manager in the Management Services Department. He was one of four group leaders, commissioned by Governor Jimmy Carter, responsible for the State of Georgia Reorganization and Management Study. Beginning in 1972, Robert spent the balance of his career in mortgage banking; 12 years with Adams Cates (Grub and Ellis) and then he formed his company, Robert Neely Company, licensed in South Carolina and Georgia. He was a member of the Mortgage Bankers Association of America and the Atlanta Board of Realtors. He is survived by his wife, Barbara Berkley Neely, whom he married in Lynchburg, VA in 1997. Also surviving is a brother, Joe F. Neely (Joyce) of Winston-Salem, NC, nieces Helen Neely Pruden (Matt) and their son of Philadelphia, PA, and Rachel Joyce Neely Johnson (Mark) and their daughter of Raleigh, NC, and brother-in law, Robert C. Berkley (Janice) of Lynchburg, VA. After retiring to Pawleys Island, Robert was a member of the Pawleys Island Presbyterian Church. He devoted much time and talent serving on many committees (new construction, buildings and grounds, ushering) and advised the church on flood and building insurance policies. Later, he found a new church home at The Abbey. Favorite pastimes were family and friends, walks on the beach, sailing, fishing and woodworking. There will be an interment service, Monday, June 29, at 11:30 a.m. in the cemetery of First Presbyterian Church, Clinton, SC. This can be viewed (live stream) at www.grayfuneralhome.com website. There will be a “virtual” funeral service, July 15, 2020, at 2:00 p.m. which can be viewed at www.theabbeypawleysisland.com website. A celebration of life in Litchfield Beach will be held later in the fall. In lieu of flowers, memorial contributions may be made to The Abbey at Pawleys Island, Pawleys Island Presbyterian Church, Amedisys Hospice of Myrtle Beach, 391 Seaboard St., Unit 6, Myrtle Beach, SC, 29577, the Salvation Army, or the charity of your choice. Condolences may be expressed to the family at www.grayfunearlhome.com Gray Funeral Home of Clinton

Robert Carlisle Neely, age 81, passed away on June 9, 2020, at his home in Pawleys Island, South Carolina, from complications of Parkinson&#8217;s disease. He was born July 15, 1938 in Clinton, South Carolina, to the late Woodfin Carlisle... View Obituary & Service Information

The family of Robert Carlisle Neely created this Life Tributes page to make it easy to share your memories.

Send flowers to the Neely family.