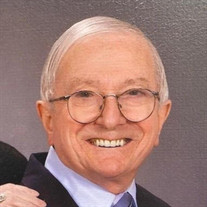 Marvin Irvin Parkman, 79, husband of 44 years of Ann Garner Crowder Parkman, passed away on Friday, April 23, 2021 at Prisma Health of Laurens. He was born in Edgefield and was the son of the late Jack Parkman and Edna Turner Parkman.... View Obituary & Service Information

The family of Marvin Irvin Parkman created this Life Tributes page to make it easy to share your memories.

Send flowers to the Parkman family.