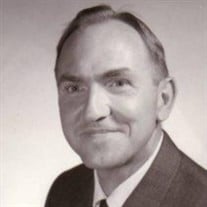 Dr. K. Nolon Carter, Charles A. Dana Professor Emeritus of Chemistry, died on Saturday, Dec. 5, 2020 He was 95. Dr. Carter joined the PC faculty in 1951 and retired in 1987, after 36 years of teaching at PC. One of the first two professors... View Obituary & Service Information

The family of Dr. K. Nolon Carter created this Life Tributes page to make it easy to share your memories.

Send flowers to the Carter family.