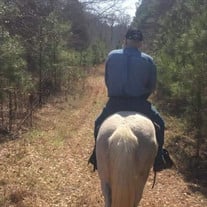 Jerry Lamar Kirkland, age 74, passed away surrounded by his family on Tuesday, December 17, 2019 at Duke University Medical Center. Jerry fought a short battle with mesothelioma with strength and dignity. Born in Greenwood County, he was the son of the late Arthur Clarence and Anna Katherine Kirkland. After graduating from Greenwood High School he enlisted in the United States Navy and proudly served as a machinist. He graduated from Clemson University with a Bachelor’s degree in Civil Engineering and enjoyed a full and dynamic career managing projects in multiple states. He spent the last decade of his career owning his own business, Centerline Inc. During those years his office was decorated equally with his professional documents, his bible, and his grandchildren’s storybooks. Jerry is survived by his wife, Becky of their home; his two daughters, Heather Wright (Ryan), Amber Armstrong (Chad); his son, Lt. Col. Mitch Kirkland (Tighe); his five grandchildren, Kyle, Blakeley, Kensley, Amanda, and Jenna who were a constant source of joy and pride; his brother, Charles; and his two sisters, Kathy Pate (Dave) and Myra Brown (Jerry). He is predeceased by his two sisters, Janet Kirkland and Judy Gambrell (Tommy). Besides bragging on his grandchildren, he was passionate about enjoying God’s creation on horseback, hunting quail and pheasant, and sharing his famous barbecue chicken with friends. A celebration of Jerry’s life will be held Sunday, December 22, 2019 at 3 PM at the Gray Funeral Home Chapel in Laurens with interment to take place at Westview Memorial Park. The family will receive friends prior to the service at the funeral home from 2 to 3 PM. The family wishes to encourage anyone wanting to honor Jerry’s memory to please support the Shriners Hospital for Children, Salvation Army, or the Blood Connection. Gray Funeral Home of Laurens

Jerry Lamar Kirkland, age 74, passed away surrounded by his family on Tuesday, December 17, 2019 at Duke University Medical Center. Jerry fought a short battle with mesothelioma with strength and dignity. Born in Greenwood County, he was... View Obituary & Service Information

The family of Jerry Lamar Kirkland created this Life Tributes page to make it easy to share your memories.

Jerry Lamar Kirkland, age 74, passed away surrounded by his family...

Send flowers to the Kirkland family.