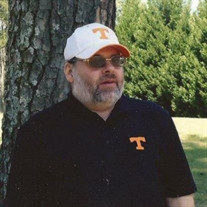 Jeffery Alan Sager age 60 passed away suddenly, Wednesday July 22, 2020 at his home. He was born January 3, 1960 in Altoona, PA, a son of Virginia Allison Sager of Duncansville, PA, and the late Richard L. Sager. He was a graduate of Central High School in Martinsburg, PA, Class of 1977. He earned a Bachelor of Music Therapy Degree from Shenandoah Conservatory of Music, Class of 1984; a Master of Science in Music from Radford University, Class of 1991 and a Master of Arts in Pastoral Ministry from Erskine Theological Seminary, Class of 2006. Jeff was a gifted and talented musician, mainly playing the trumpet and guitar and enjoyed his time playing with the 27th Lancers Drum & Bugle Corps. Jeff was employed at Whitten Center as Chaplain & Music Therapist and served as the Assistant Pastor at Shady Grove Presbyterian Church. He loved participating in local theatrical and drama performances, including Carousel Playhouse Players; Laurens County Community Theater; Thornwell High School Drama in the music pit, as a stagehand, as stage manager or actor. He also served Thornwell High School as assistant band director. Some of his favorite acting roles were Injun Joe in Tom Sawyer, The Rabbi in Fiddler on the Roof and a Who in Seussical. He held many certifications and was a certified instructor in CPR & First Aid, Defensive Driving, Therapeutic Options and Stress Management. He was an avid hockey fan, cheering on his Pittsburgh Penguins. Jeff will be remembered for his love for music, trains, moose, Christmas and those that knew him best will remember his servant’s heart and love for others. Surviving in addition to his mother are his wife, Nancy Sager of Laurens, SC; his son, Jonathan Sager of Laurens, SC; and a sister, Lisa Sager of Duncansville, PA. The family request that memorial donations in lieu of flowers be made to Shady Grove Presbyterian Church, 50 White Feather Circle, Clinton, SC 29325 or Whitten Center Parents Club, 304 Dixon Drive, Clinton, SC 29325. The family will be planning a memorial service at a later date. Please visit Jeff’s Memorial Tribute page on the Gray Funeral Home website where those details will be announced. Condolences may be expressed to Jeff’s family online at www.grayfuneral home.com. Gray Funeral Home of Clinton

Jeffery Alan Sager age 60 passed away suddenly, Wednesday July 22, 2020 at his home. He was born January 3, 1960 in Altoona, PA, a son of Virginia Allison Sager of Duncansville, PA, and the late Richard L. Sager. He was a graduate of... View Obituary & Service Information

The family of Jeffery Alan Sager created this Life Tributes page to make it easy to share your memories.

Send flowers to the Sager family.