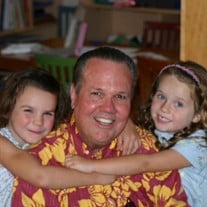 James Harold Dissman Jr. passed away on September 30, 2020 at the age of 82, 9 days before his 83rd birthday. Jim was born October 9, 1937. Son of James H Dissman Sr. and Elizabeth Dissman, grandson of Robert Archer Cooper, governor of South Carolina from 1919–1922. Jim was born in New York and briefly lived in Erie, Pennsylvania before moving to Manhattan Beach, California in 1941, finally settling down in Glendale, California in 1955. Jim was very proud of his grandfather, Robert Archer Cooper who is resting at Laurens City Cemetery in Laurens, South Carolina. James Dissman Jr. will be buried next to his grandfather and mother who is also buried next to Robert Cooper. Jim attended Glendale Community College in California and was a member of the Sigma Phi Sigma fraternity at Glendale College where he met many close and dear friends. Jim attended and graduated from the University of Southern California where he studied film production. After college, Jim entered the Army where he worked at the jet propulsion laboratory producing training films from 1961-1963. Corporal James Dissman Jr was a 2nd Class, Specialist in Illustration in motion picture filming. Working with a highly respected doctor, Jim, wrote scrips and created training videos for soldiers to teach them how to cauterize their own wounds on the battlefield using sulfur. During this time he was stationed at the Army medical center in Maryland before transferring to Fort Ord in California. After his military service, Jim married Louise DiTullio and had two sons, Robert and Bryan. Jim and Louise divorced after 24 years of marriage. Professionally, Jim worked for CBS, ABC, and New World pictures before retiring in Las Vegas, NV. Jim spent his final years in Seal Beach, CA before passing from complications due to Lewy Body Dementia. Jim is succeeded by his two sons, Bryan Dissman and Robert Dissman, and six grandchildren, Anna Dissman, Lara Dissman, Jared Dissman, Kelly Dissman, Ryan Dissman, and Lucas Dissman, who all loved him dearly. We love you dad and we miss you so much.

The family of James Harold Dissman Jr. created this Life Tributes page to make it easy to share your memories.

Send flowers to the Dissman family.