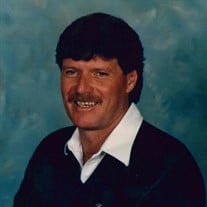 Danny Ray Hedgepath, age 72, of Clinton, SC passed away Saturday, February 26, 2022 at Prisma Health in Greenville. He was born on March 21, 1949 in Laurens, SC and was the son of the late William “Bill” Symms Hedgepath and Margaret Irene Cauble Hedgepath. Danny was retired for Clinton Newberry Natural Gas Authority. He loved his Harley motorcycles and supported several local MC’s. In his early years, he was an avid softball player and a US Marine Corps Veteran. He is survived by his son, Steve Hedgepath (Lori) of Gatlinburg, TN; his daughters, Kelly Raye Holtzclaw and Brooke Veal both of Laurens, SC; his grandchildren, Robbie and Ricky Hedgepath and Destin and Koleson Holtzclaw; his two great grandchildren; and his four legged soulmates Taz, Freya and Gypsy Rose. Funeral Service will be conducted on Tuesday, March 1, 2022 at 4:00 pm at the Pinelawn Mausoleum Chapel. Honorary pallbearers will be Jerry Kelly, Michael Simmons, Brad Carlton, Kevin White, Tony Jones, Scotty Burton, and T.J. Sherfield. The family will be at the home of Brooke Veal, 2796 By-Pass 127, Laurens, SC 29360. In lieu of flowers, the family request memorials be made to the Laurens County Humane Society, 793 Poplar Street, Clinton SC 29325. Gray Funeral Home of Clinton will be assisting the family with arrangements.

The family of Danny Ray Hedgepath created this Life Tributes page to make it easy to share your memories.

Send flowers to the Hedgepath family.