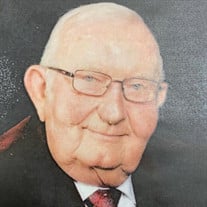 Curtis Elliott Wallace, 86, husband of Linda W. Wallace, of Clinton died Friday, January 22, 2021. Born in the Shiloh Community near Gray Court, he was the son of Carroll Emory and Eddie Lou Weathersbee Wallace. Curtis retired from Vocational Rehabilitation of South Carolina, and was a member of Broad Street United Methodist Church in Clinton. Curtis is survived by his son, Mell Wallace of Laurens, 3 granddaughters, and 4 great grandchildren, and many nieces and nephews. Curtis was predeceased by his wife, Linda, his son, Charles, and his brother, Joel Wallace. Curtis loved his family, Lake Greenwood, his church, and people. He never met a stranger, and his goal every day was to, in his words, aggravate somebody. This usually meant carry on a meaningful conversation with someone every day. Curtis also decided, at age 84, that he and Mell should tackle the task of becoming Ultimate Outsiders by visiting all 47 State Parks in South Carolina, which they finished December 9th, 2020. A Memorial Service will be held on Wednesday, January 27th, at 3 pm at Broad Street United Methodist Church, 310 N. Broad St, Clinton, , with a brief visitation afterwards. In lieu of flowers, memorials can be made to Broad Street UMC, PO Box 204, Clinton, SC 29325. Gray Funeral Home of Clinton

The family of Curtis Elliot Wallace created this Life Tributes page to make it easy to share your memories.

Send flowers to the Wallace family.