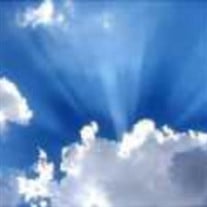 Dateline – Clinton, SC Anne Baker Patterson, age 90, widow of Dr. John Edward Reese Patterson, passed away Tuesday, October 6, 2020 at the Laurens County Memorial Hospital. She was born in Williamsport, PA and was the daughter of the of the late Daniel E. Baker and Grace M. Baker of Tamaqua, PA. Anne met John, her high school sweetheart in 1946 in the 10th Grade at Tamaqua High School. They married in 1953 and were married for 66 years until his passing in 2019. After graduating from high school, she continued her studies at the Reading Hospital School of Nursing, graduating in 1951. She worked as a Registered Nurse for many years, both in hospitals and nursing homes. Anne was an avid reader of murder mysteries, an accomplished knitter (donating most of her output to local charities) and a loving daughter, wife, mother, grandmother and great grandmother. Though she and John moved many times, they were both always proud of their Tamaqua roots and choose to be interred there. Mrs. Patterson is survived by her son, Dr. John Patterson (Gloria) of Barre, VT; her daughter, Judith Anne Patterson (Dr. Henderson Pritchard) of Sarasota, FL; her seven grandchildren and eleven great-grandchildren. In lieu of flowers, memorials may be made to the Hospice of Laurens County, P. O. Box 178, Clinton, SC 29325. Condolences may be expressed to the family at www.grayfuneralhome.com Gray Funeral Home of Clinton

The family of Anne Baker Patterson created this Life Tributes page to make it easy to share your memories.

Send flowers to the Patterson family.